Right side of legal

The Age actually published the letter -

Right side of legal

JOURNALISTS who refer to bikie clubs as "outlaw bikie gangs" seem to have little grasp of what constitutes outlawry.
The Hells Angels are an Australian public company, as are the Bandidos. The Gypsy Jokers and the Finks are incorporated associations.

- but cut the punchline, which I think odd. Didn't want to irritate the Bandidos? or the new police chief, Overthetop or whatever his name is?

"Can it be expected that men who murder their children to get £9 to be spent on Drink will not sell their vote for whatever they can get for it?"

I mean, how did that work? Was it like the Dingo Bounty?

How to win friends

Letter to the Age

Journalists who refer to the bikie clubs as “outlaw bikie gangs” seem to have little grasp of what constitutes outlawry. The Hell’s Angels are an Australian public company (ABN 17001312312), as are the Bandidos (ABN 97132958957). The Gypsy Jokers (ABN 43452287564) and the Finks (ABN 84799105546) are incorporated associations. Describing them as outlaws only feeds the romantic fantasies of overweight losers playing dressups.

And that doesn't just apply to the police, either.

To go with the shots of his grave in northern France, here's Great-Grandfather Walter Sage at 26 - 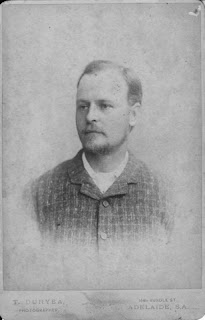 and here's him at 53, going to the war as the second oldest digger. 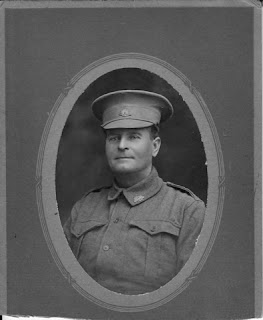 Posted by Shithead at 9:55 AM No comments:

Posted by Shithead at 3:49 PM No comments:

It is cute but it's a bit like musicians' jokes - you have to be in the club already to appreciate them.

Except drummer jokes, which are essentially polish jokes or blonde jokes. easily translatable.

What else are blogs for?

Since PI is irrational, using an intrinsically rational thing like a date is odd: you might as well call it "three and seven fiftieths day".

Yes; however,if you celebrate it at 1.59 AM you can get a few more decimal points out of it, and if you allow nanoseconds there is presumably one instant you can converge on to as close an accuracy as your clocks allow.
However, it has admittedly been suggested that the rest of us non-Yanks celebrate on 22 July, which is an undeniable approximation.

Point of usage: if we non-US people refer to a day/date, aren't we just as likely to say, for example, March 16, as we are to say 16th March?

Yes, but it's the numbers that matter (though I suppose you could convey the concept graphically by making a circle with your thumb and forefinger and moving your finger in and out rhythmically to symbolise the radius; try this in a crowded bar and see how many mathematicians you pick up).
Posted by Shithead at 1:32 PM No comments:

Pi day, while amusing, is also an instance of North American triumphalism. Everywhere else in the world we use the much more sensible day/month/year system, meaning that Pi day would fall on the 31st of April (which admittedly isn't, but that's not the point). Like 11/9.
Posted by Shithead at 12:15 PM 1 comment:

And now for something completely different Someone else looking at the percentages:

and the possibly even cuter
Posted by Shithead at 11:36 AM No comments:

If it hadn't been for those darn Watchmen, I would have got away with it

Bingo.
Posted by Shithead at 11:29 AM No comments:

Looking at the first edition of I.F. Stone's Weekly from January 1953, speculating on whether a $30,000,000 flutter in soybeans by Chiang's brother-in-law just prior to the Korean War indicated foreknowledge of the attack; Stone notes that Senator McCarthy was also involved, and predicts that his position on the Senate watchdog committee will enable him to cause more trouble. The McCarthy piece is headed "Who Will Watch This Watchman?"
Posted by Shithead at 11:06 AM No comments:

From Medium Large
Posted by Shithead at 10:12 AM No comments:

Australians have for the last thirty years been increasing in life expectancy at the rate of four months a year (if we could get three times better than that, we'd live forever). If that rate of increase holds up, every girl born since 1998 and every boy born since 2002 will have a 50% chance of living to be 100.

I'll do the full math later.
Posted by Shithead at 9:23 AM No comments:

Posted by Shithead at 8:44 AM No comments: and more here.
Posted by Shithead at 4:37 PM No comments:

Posted by Shithead at 4:24 PM No comments: 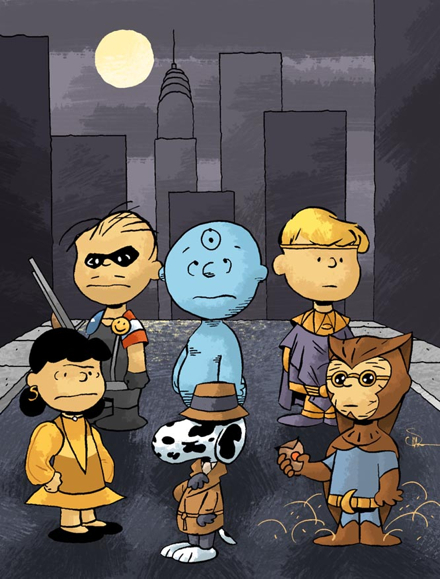 Lucy is the fascist (see Eco); she gets Rorschach. Charlie Brown gets Drieberg. Pigpen gets the Comedian. Schroeder as Veidt, OK, keep that. Snoopy is Dr. Manhattan, and that leaves Linus for Silk Spectre, which is a bit off, admittedly.
Posted by Shithead at 4:02 PM No comments:

On Youtube.
Posted by Shithead at 3:59 PM No comments:

Saw it at Imax, came out with the firm intention never to go to Imax again: if you're not in the exact sweet spot it's like being in the very front row at a normal theatre.

Reasonably faithful to the original comic, which is the reason I go to these movies, to judge; the plot change at the end to the nature of the McGuffin may even have been an improvement.

However, the upped violence did cause some problems; when Drieberg and the bint beat off the knottops in the alley at least two of the latter die, and part of the contempt with which Rorschach and Adrian (and Moore) feel for the costumes is exactly their lack of seriousness, lack of impact, lack of willingness to go to the limit. Similarly, when Dr. M turns Moloch's thugs to dogmeat that gives the crimefighting too much weight, too little the self-indulgent game that the Comedian correctly perceives it as - too little, in short, like the comics. You can't really go beyond the comics code unless that's where you start.

Interestingly, Rorschach's cleavering of the childkiller was greeted with near-universal guffaws.
Posted by Shithead at 9:54 PM No comments:

Let's welcome John Hannoush, my only regular reader, to the blogosphere. Particularly as I suspect that one motivation is irritation at seeing his devastating takedowns of my halfbaked notions buried in comments. Witness this on the Pyne/Gillard gay thing.
John says
"But this raises a further question: can a verbal attack be homophobic unless the attacker is homophobic, that is, someone who has a "fear or hatred of homosexuals and homosexuality"? I doubt that Chris is suggesting that Julia Gillard fears or hates homosexuals. So if there is an offence here we need a different word to describe it (at risk of draining the word used of meaning)."

I would myself say that the answer to the first question was yes, a verbal attack could be judged to be homophobic on an objective standard regardless of the actual emotions of the user.
I can remember getting a letter published by the Age some years ago covering a related point; an Age journalist was defending George Bush against charges of homophobia by saying exactly that Bush was not actually affected by it himself, having many gay friends in his private life; to which I replied that that made things worse, in that he was deliberately saying things he knew were false for political gain. Admittedly, that last has many points on the spectrum, from endorsing the party platform through to lying to the House, but still.
But on the nomenclature issue, let's say you have a 1920s southern politician who is himself entirely at ease with blacks but still feels it politically necessary to join in a lynching; he may not be, in the eyes of god (adjust the concept for atheism, but you know what I mean), a racist, but the act is still a hate crime.
I think you can speak of homophobic language.
Posted by Shithead at 10:02 AM 1 comment:

and Say gets a serve here:
Posted by Shithead at 10:28 AM No comments: