But how can one resist when every Birther case is a novel, or a comic, in itself?


110) Due to 109 above, plaintiff has no choice but to conclude that the entire
Nation must consist either of stupidly or willfully ignorant fools, or of those who
are under the influence of some form of mass delusion, hypnotic trance, or threat
of violence.
6811) As a result of 99 through 110, plaintiff has no choice but to conclude that it is
the Patriotic duty of the first person who discovers the true meaning and definition
of Article II natural born Citizen to file a petition with the Court, so as to break the
spell and illusion, that all may take cognizance of the situation, in order to apply
the Constitution to protect the U.S. citizen from being defined by the government's
actions to be a George Washington!
112) Plaintiff Mr. Paul Guthrie did not ask to be a George Washington and does
not want to be a George Washington.
113) By filing this petition, plaintiff Paul Guthrie is establishing a public record
that he is the first natural born Citizen person in the country to rightfully file a
claim in Court that establishes objectively in Nature, as a self-evident truth of
Nature, what the objective definition and meaning of Article II natural born Citizen
is, which is a matter of objective truth, and not plaintiff's opinion, nor anyone's
opinion, opinion being only subjective truth and hearsay evidence.
114) Mr. Guthrie proves by his filing of this petition that he is the only person in
the country who understands how the government and law is supposed to function,
making Mr. Guthrie the last surviving natural U.S. sovereign political authority of
the country.... It is obviously that no one in the country besides plaintiff Guthrie
knows, given that so many have been trying to determine it for years now and we
still have a King and Monarchy for a government, and not a President and
Constitutional Republic of the People.
115) Due to 99 through 114 above, Mr. Guthrie fears that those who are seeking to
leave King Obama's army and repatriate themselves with the proper Constitutional
government of We the People will turn to Mr. Guthrie to lead them like a George
Washington, since by his public filing he is showing the world that he is the only
person in the country with sufficient legal, scientific, historic knowledge who is
not under the spell of mass hypnosis of the King and his government, who knows
what a natural born Citizen is, and what the Constitution means, and how the
government is supposed to function.


The only survivor, surrounded by hypnotised pod people, forced to grab a gun and defeat the aliens; cue Bruce Willis.

East is east and west is west
and, upending Kipling’s moral,
Alex and Murad are bound by love
and never the twain will quarrel.
Happy belated wedding wishes
from Annie, Rose and Chris

Several weddings ago, so a very poor prediction.  Also refers to Alexandra as 'Alex', which she hates......
Still, it was a lovely wedding, and I've always been sorry we didn't go over to India for it.
Posted by Shithead at 10:33 AM No comments:

A tip of the Borthwick hat to

a Birther case site that is so bottomlessly deranged that the Birther arguments are the least crazy thing about it.

It may be referred to as


A chunk taken more or less at random:

MN is next door to Canada who we truly believe holds the vault copies of Obama’s records as he entered North America via Canada and then the US as an infant or so we allege, MN is next door to IL that is the state Obama claimed to represent as a Senator and is the last known address we have for Bill Ayers, and MN lies above the 49th parallel making it the northernmost  state  in  the  48  contiguous  states  which  is  relevant  to the  science  in  this  case.

No other state besides Alaska lies above the 49th parallel. This has to do with Jefferson having correctly weighed the Earth and discerned a universal mean not Lord Calvert as Jefferson was closest to magnetic north; it also has to do with cartographers and why they “rotated” their maps so that North appears on the bottom as the map or compass matching the 1362 MN land claim is rotated as polar north is not the same thing as magnetic north.


The problem, surely, with a fake Mandarin is that people would recognize him as a cheesy English character actor - at least his friends, "Isn't that Bert in a beard" if not actually "Hey, he played the gardener in Midsomer Murders five years ago" from absolutely everybody.  He didn't look as if he'd had plastic surgery.
Posted by Shithead at 1:24 PM No comments:

If I did ever pay the over $200 necessary to get a copy of the Oxford complete Housman I would get many unread light verses, of which this one shows up in the Amazon teaser. 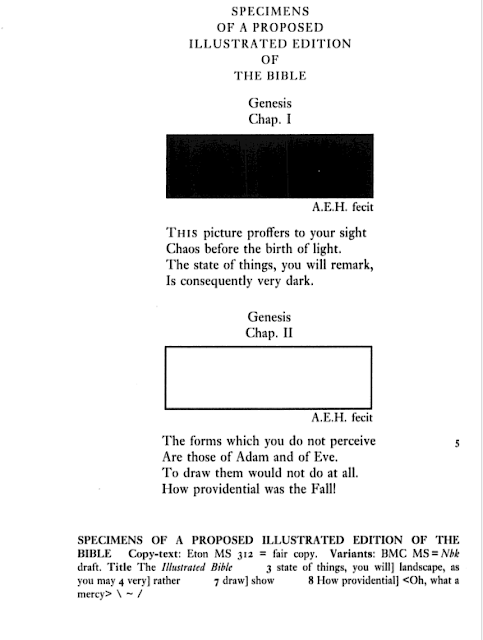 Posted by Shithead at 3:43 PM No comments:

Few things are quite as irritating as coming across on page 487 a passage that would have, if encountered earlier, led one to heave the book into the wastepaper basket and get on with one's life.


He draws on his decidedly arcane knowledge of popular culture history to give me an example.
"There was a rumor that the the silent-film actress Theda Bara chose her name because it was a close anagram of 'death arrow'.  That had nothing to do with it, it was simply that she was Theodosia Goodman and needed a new name and chose Theda Bara.  But even if she didn't have the slightest intention for it, the 'death arrow' rumor affected the way audiences saw her. (I couldn't help wondering if there was an intentional or inadvertent linkage between 'death arrow' and "Shake-speare")

What, then, can one deduce from this episode of crystalline vacuity?

1) you don't think about what you write;
2) you don't keep adequate notes of your interviews:
3) absolutely everything touches off an occasion for the exercise of your conviction that your lightest thought is worthy of print.

I acknowledge that the fault is partly mine. I had, after all, read as far as page 487.

I trust that you will be prepared to take on the remainder of the responsibility for my wasted time.


The silent screen vamp Theda Bara
Was born in the desert Sahara
It was, was it not,
The Oasis of Tuat,
And what, one might ask, could be fairer?
Posted by Shithead at 3:16 PM No comments: